The Connecticut Department of Public Health (DPH) has been working with other states and the Centers for Disease Control and Prevention (CDC) on an investigation of a cluster of nontuberculous mycobacterium (NTM) cutaneous infections among East Coast residents following cosmetic surgery procedures performed in the Dominican Republic.  Two cases have been identified in Connecticut residents.  This communication is meant to alert healthcare providers to this ongoing investigation and ask that additional cases be reported to DPH.  Please share this communication with other providers in your facility.

All reported patients are women (age range 28–50 years) and all report having undergone elective cosmetic surgery procedures (including liposuction, abdominoplasty and breast lifts or reduction) in the Dominican Republic in July or August 2013.  Symptoms have included abdominal abscesses, pain, wound discharge, and fever. No deaths have occurred.  Five wound cultures have been positive for Mycobacterium abscessus or chelonae.  Treatment has included hospitalization, surgical debridement, and intravenous antibiotics.  Available isolates are being sent to the CDC for molecular typing.  Outbreaks of NTM infections associated with medical tourism to the Dominican Republic have occurred in the past.

A proven link to a single clinic facility in the Dominican Republic has not been confirmed but there is a concern for other U.S. residents who may have undergone cosmetic procedures in the Dominican

Republic and may be at risk for similar infections. Healthcare providers should be aware of these cases and obtain specimens for mycobacterial culture from patients with cellulitis, soft tissue infection or cutaneous abscess after travel to the Dominican Republic for cosmetic or plastic surgery. Providers are asked to report cases of cellulitis, soft tissue infection or cutaneous abscess in which NTM has been identified in patients with a history of cosmetic or plastic surgery in the Dominican Republic since July 1, 2013 to the DPH Epidemiology and Emerging Infections Program at 860-509-7994.

(Above adapted from 2013 Alert #38, released by the New York City Department of Health and Mental Hygiene December 5, 2013) 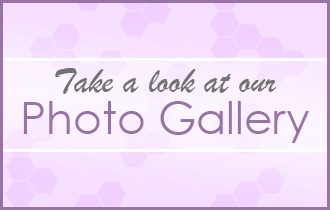 You've filled out this form too many times.